Well, this week I learned a new phrase:  O sa te bat ca o covoara (I'll beat you like a rug).  Here, they don't very often have vacuums or even full carpet floors; just rugs.  So in order to clean their rugs since they are without vacuums, they hang their rugs over a horizontal pole and go to town with a little wire hand-like device and just beat the dust out of it.  Well, we participated in this activity this week for service and that's where we learned this phrase.  Good time.
Also, this week was Easter, which is basically the biggest holiday in this country, so there has basically been no one outside for the past few days.  So basically, they celebrate Easter pretty much the same as us, just with way more stuff.  Like they still do the Easter bunny and the eggs, but they also have midnight mass with candles and a huge meal, which is almost like Thanksgiving for us Americans.  It's pretty epic.  So the candles thing.  At midnight, everyone goes to the churches where a priest that has fire that was flown in from Jerusalem and he gives it out to the people via candlesticks. The idea is that you take the candle home and keep it until the morning, when it'll go out by itself, so you can have good luck for the year.  So we were given permission to participate in such an event, and it was pretty cool.  We didn't have a candle, so some lady gave it to us.  That was pretty neat.  So the meal.  Around Easter time, the meat to eat is lamb apparently.  At least, that's what everyone told me.  I didn't eat any lamb for Easter though.  Another thing they have at this meal is colored hard boiled eggs.  That's pretty normal, right?  But the way they crack them is different.  It's kind of a game, but more like a fighting championship.  What happens is you have to have 2 people each with an egg, and one of them says "hristos a inviat" (Christ has risen) and then the other goes "adevarat, a inviat" (true, He rose).  Then the one that initiated it smacks the tip of their egg on the tip of the other's egg, and whoever's doesn't break gets to live to fight more eggs and the one that broke just gets to get eaten.
The other exciting thing that happened this week was a huge storm that we had.  It was the first real storm that we've had this year. It had been raining all week long, just kind of a slow drizzle that just eats away at your soul.  But then on Saturday it cleared up and was actually pretty nice outside.  Then the clouds rolled in.  There was a crazy cloud bank that marked the beginning of the storm.  It pulled in really fast and it poured for the rest of the day.  It was great cause it actually had thunder and lightning, so it was way better than a dreary drizzle.  And it stopped just in time for Easter to be a beautiful sunny day.
In other news, I got my first batch of film developed ever this week, and while trying to wind it back into the roll, I broke it and had to take in shamefully into the developer guy and he just put in his magic jacket with sleeves and it ended up alright, so that was good.  However, about 2/3 of my film was underexposed, but the ones that did turn out turned out great.  I was really pleased with them.

Sorry, my entire email was pretty much a culture tip and I can't think of two truths and a lie, so next week I'll get back on those.  And the lie for last week was the goat one.

Hope you all have a great week! 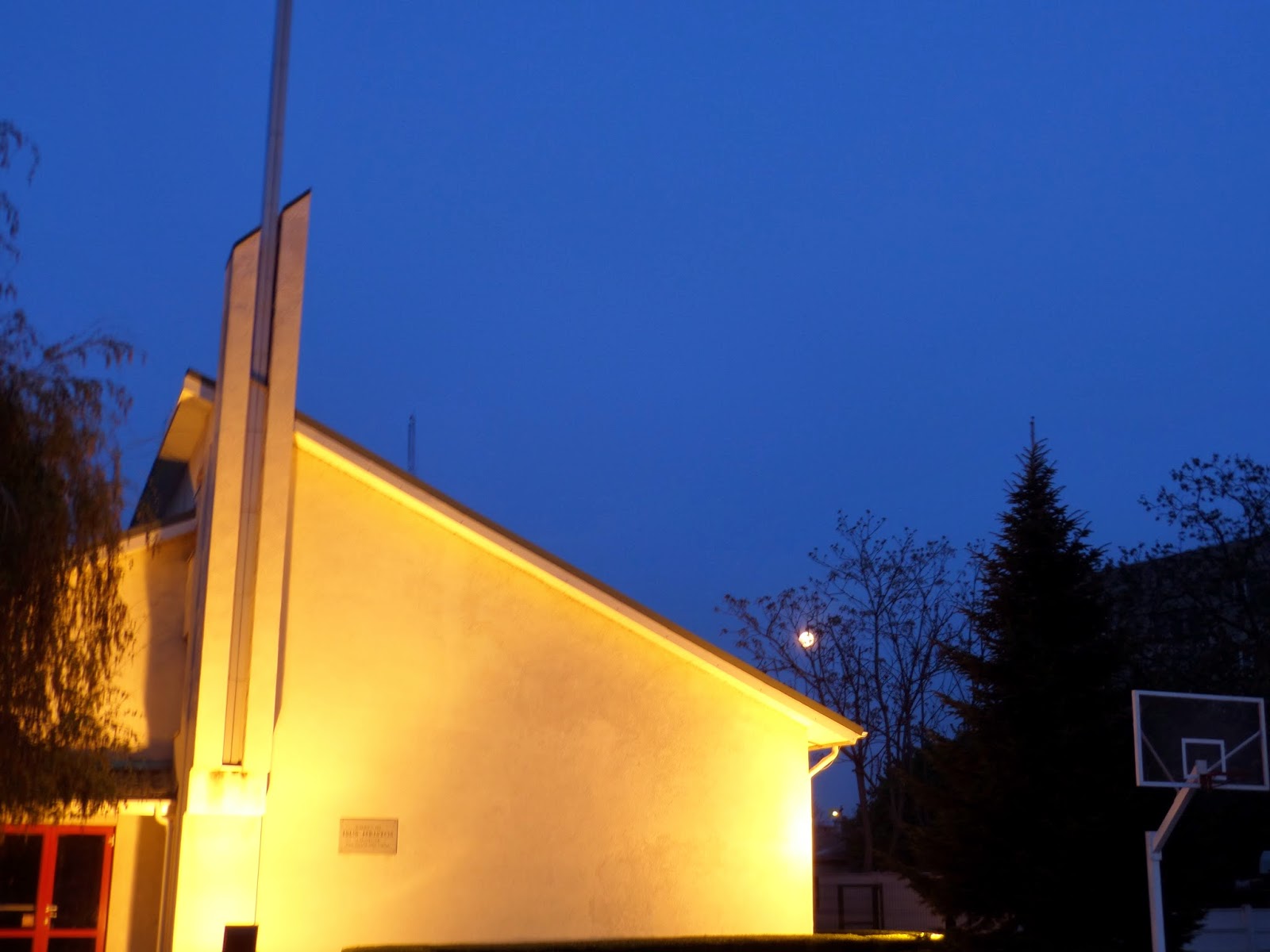 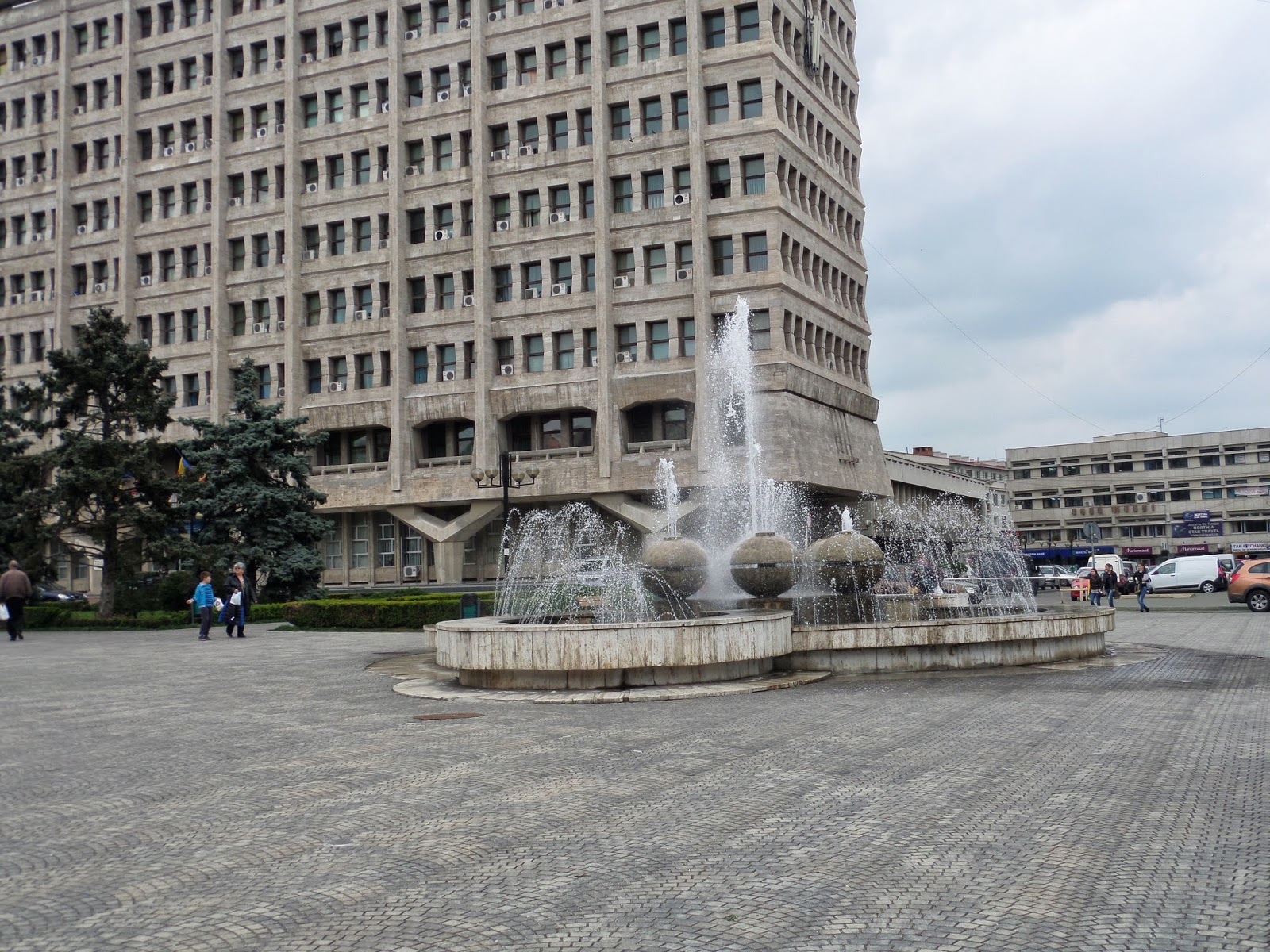 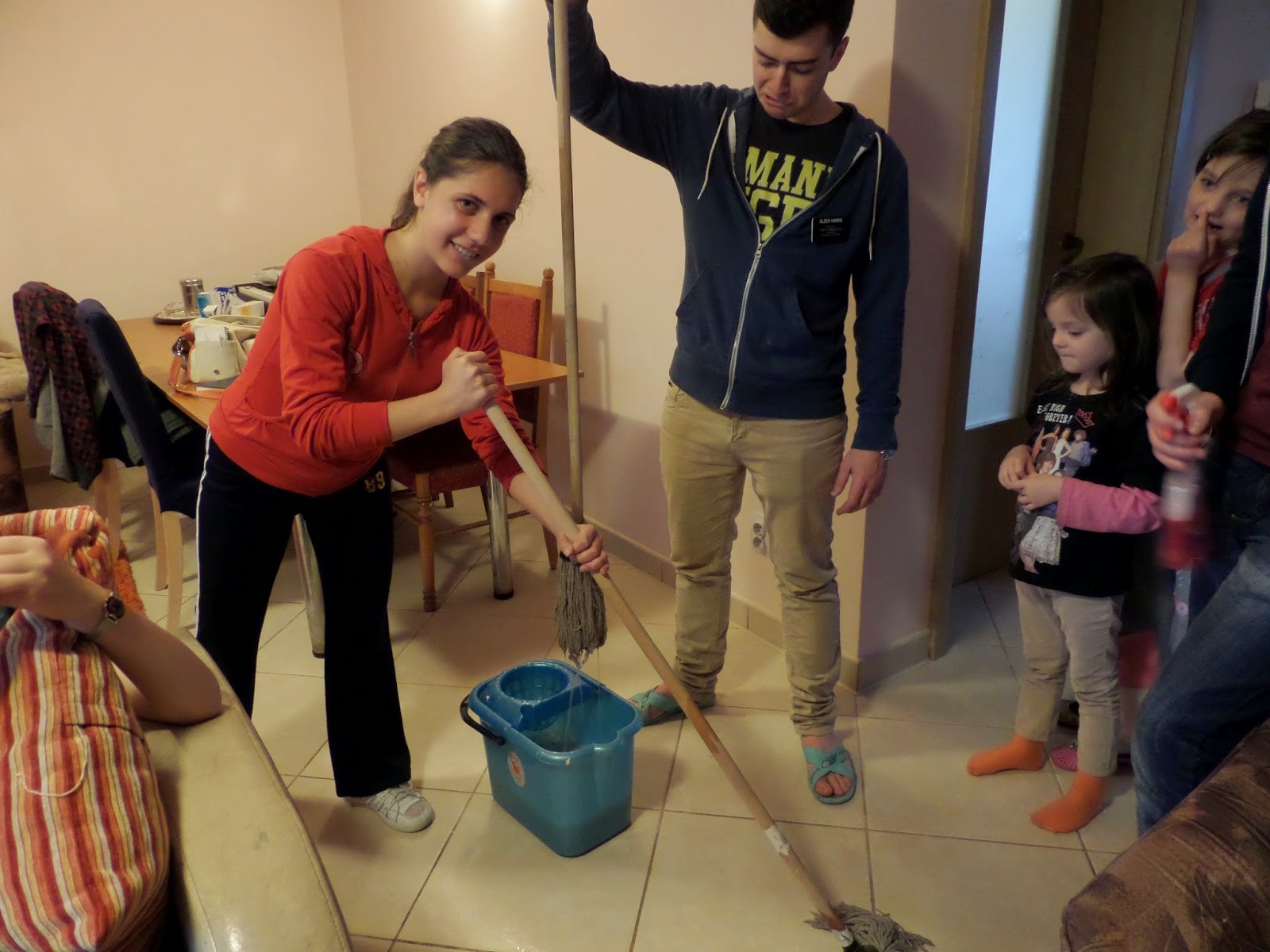 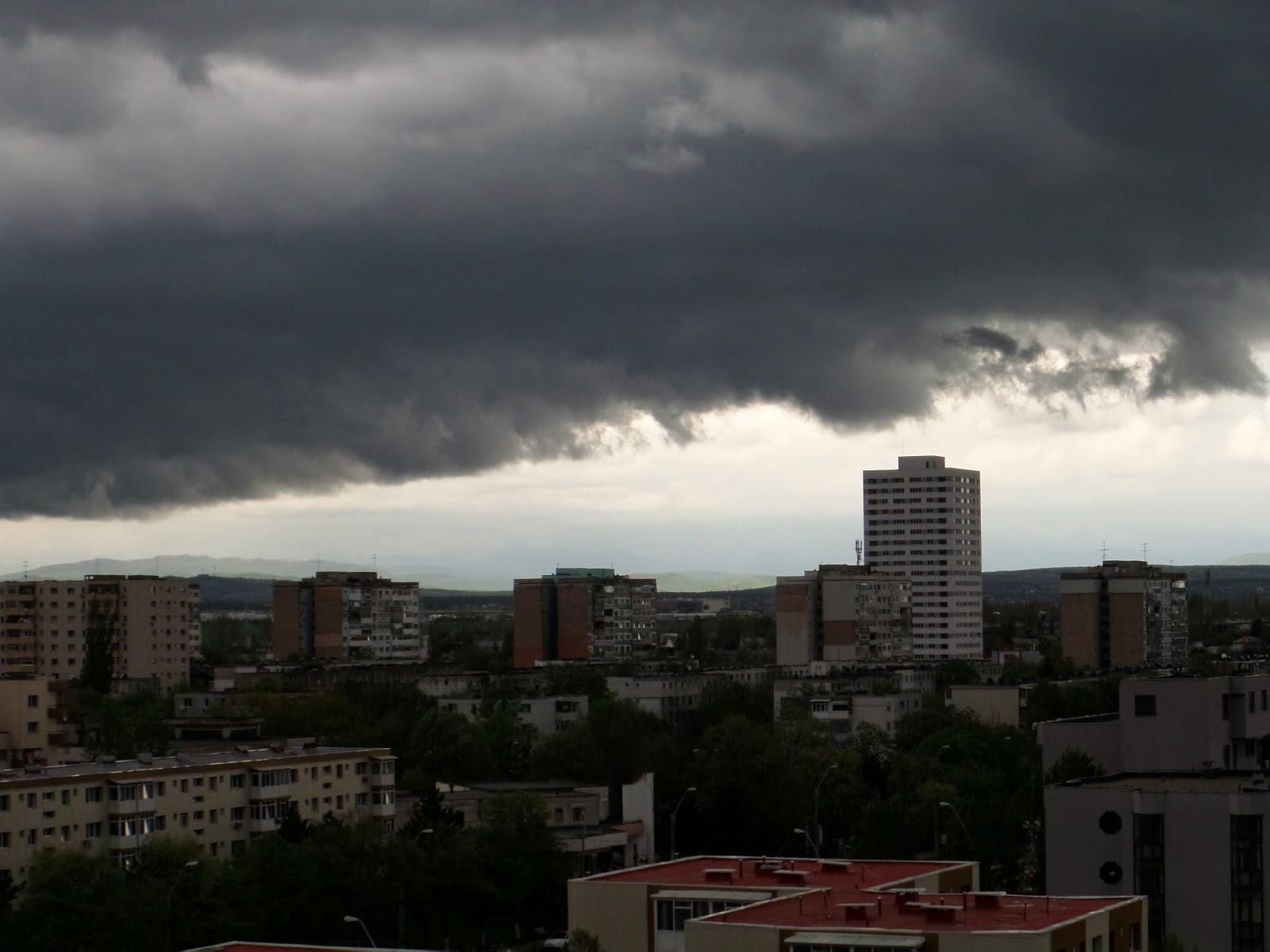 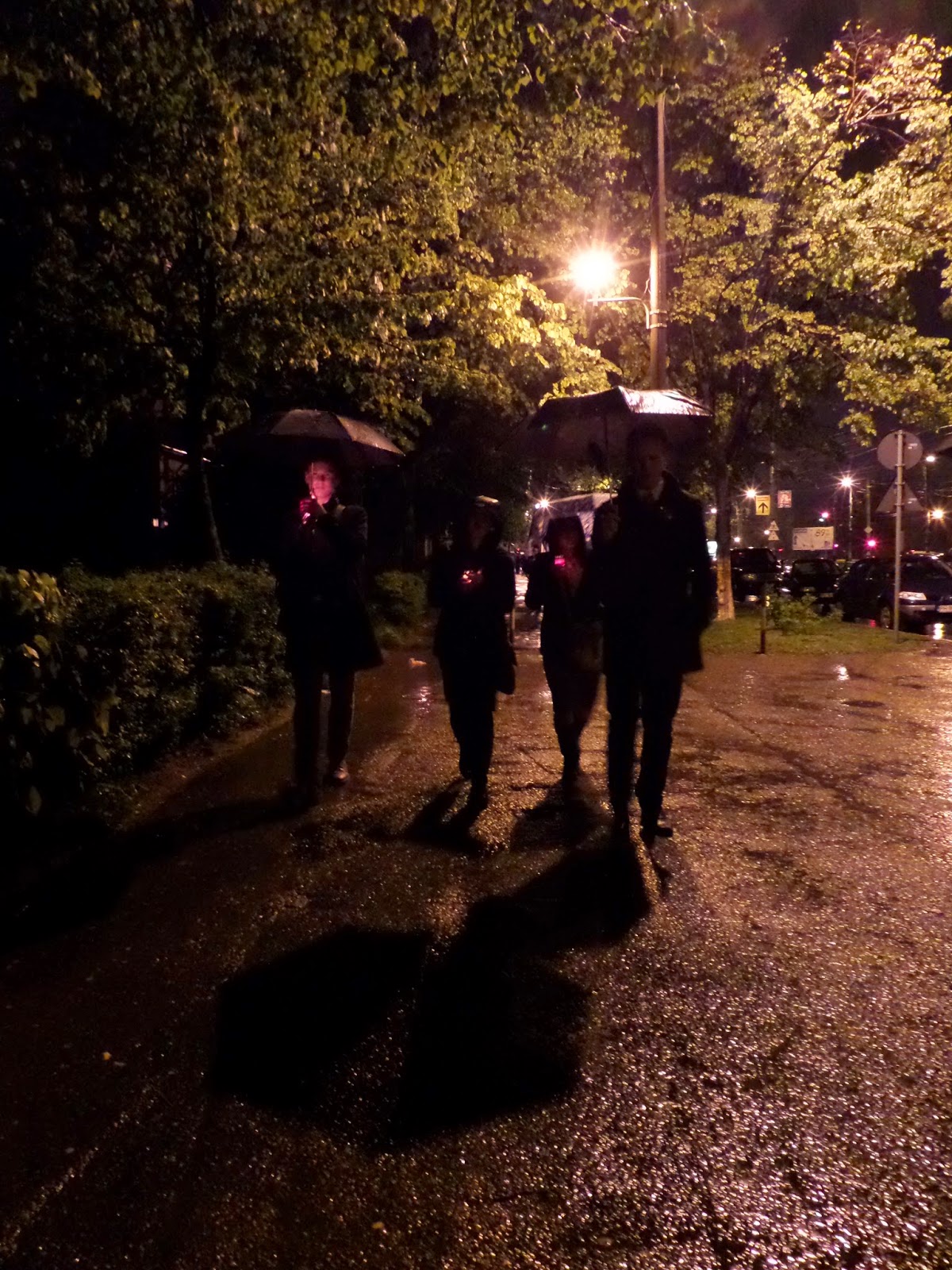 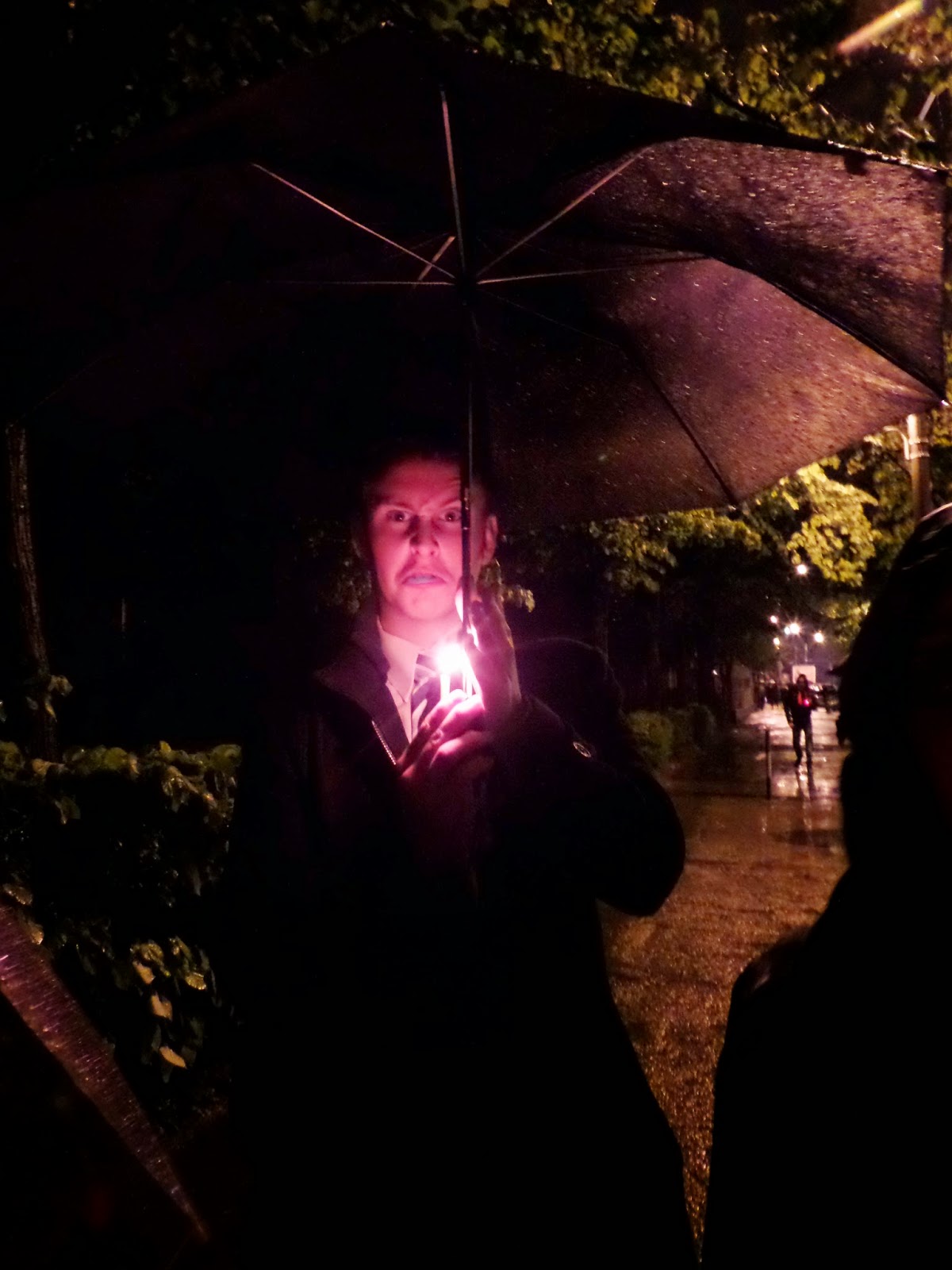 Posted by hollyharris at 5:07 PM