Well, we did a lot of contacting this week, and we tried out our fancy shmancy new family history cards.  At first, it was kind of awkward because we didn't really didn't know what to do for that, but then we made a survey and it made it wayyy more effective. Here's some of our experiences:

We knocked into someone and started the survey with "Do you think families are important?"  And the woman goes yeah of course they're the most important.  Then her husband, from behind her, goes, ba nu! and she's like, why not? you don't think families are important?  And he's like oh, I heard women.  (families = familiile, women = femeile, they sound similar)  And she's like, oh... wait a second!  Women are also important!!  Then she turns back to us, shaking her head, "men."
We contacted a woman on the street and she told us we were too young to do family history and that we could talk to her about families when we have our own families.
We asked a woman if she could take a survey about family history and she told us she didn't need to do family history because she already had enough history and she didn't want any more.
We contacted a woman and her daughter (who looked about 25) and asked them to take our survey.  The mom hesitated for a bit, and then turned to her daughter, "oh talk to the beautiful boys!"  Then her daughter was like mommmmmmmmm.  It was hilariously awkward, especially when the mom forced us to continue the survey.
We asked a group of people walking together to take our survey and they did, until one of them read our nametags.  She was like "what's written there?"  Then her eyes got wide and turned to the other ones "They're pocaiti!  We can't talk to them!  We have to go!"  But the other ones stayed and actually finished the survey, but then booked it immediately afterward.

Basically, when you're contacting on the street, people try to give you super lame excuses to not talk to you.  The particularly lazy ones will just waggle their finger at you.  But those that are trying to be nice will say ma grabesc.  Which means I'm in a rush.  However, whenever anyone says that, they're usually doing anything but rushing.  They're usually just wandering around the park, on a walk with their family, or what have you.  And they know you know they're not rushing, but they say it anyway and they just don't care.  One guy wandered over to us, looked at the card, listened for a minute, and then said ma grabesc and meandered away.  Classic.

Culture Tip
Here in Romania, they LOVE soft pretzels.  They call them covrigi, and you can get them on essentially every street corner.  And they're dirt cheap.  There's a particularly good covrig joint called gigi's here, which is absolutely incredible.  They have chocolate filled covrigi that are to die for.  Absolutely amazing.  Another thing that is dirt cheap here is the bread.  And it's incredible.  Such a crispy crust with a fluffy inside like you've never seen.  Well, while contacting the other week, we found this little bakery and figured we'd give it a try.  It just sold bread really (and it's amazing, by the way) but there was one other thing there that kind of caught my eye.  They were these round braided bread things with some sugar on top.  I thought it was a covrig so I bought it.  Upon tasting it however, it was not a covrig.  No, it was much, much more.  It was actually just some of their bread dough that they rolled up and baked it, then sprinkled with sugar.  Kind of like a breadstick.  You wouldn't think that breadsticks are that great with sugar on top, but you'd be wrong.  It's incredible.  Basically, it was a combo of the two greatest things in romania: covrigi and bread.  They mastered it.  However, this particular tiny bakery is the only place that you can get it.  Basically, it's super exclusive.  We had no idea what to call it though, so we just called it a sugalump.  Now we feast on sugalumps all the time.

Two Truths and a Lie
Okay, last week the lie was that a priest told us to get off his turf.  I did climb a tree in my suit (it's fine) because we tried doing some kite contacting and one of our kites got stuck in a tree.  And yes, someone does think that we believe that Jesus came in a spaceship.  Okay this week: 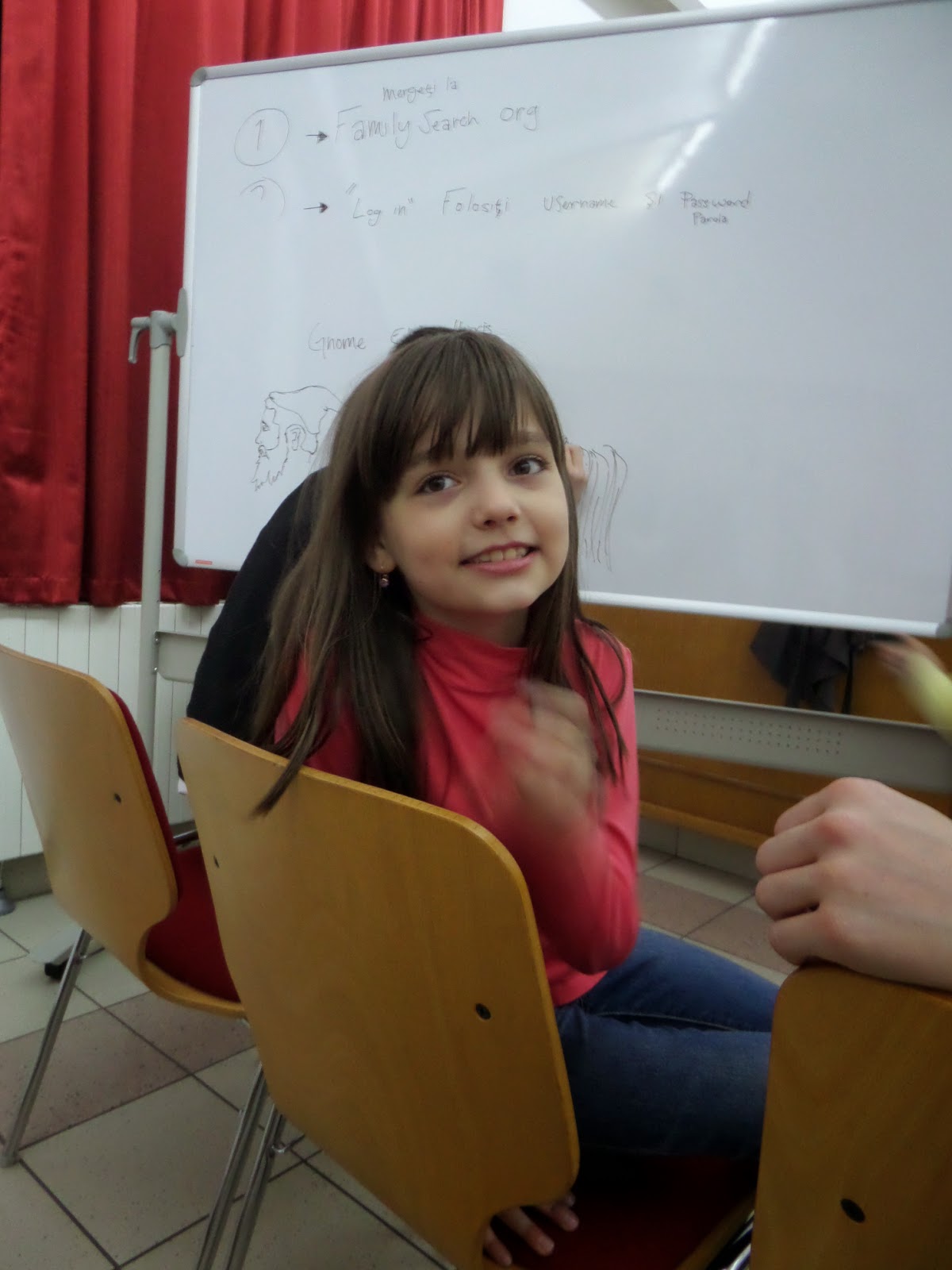 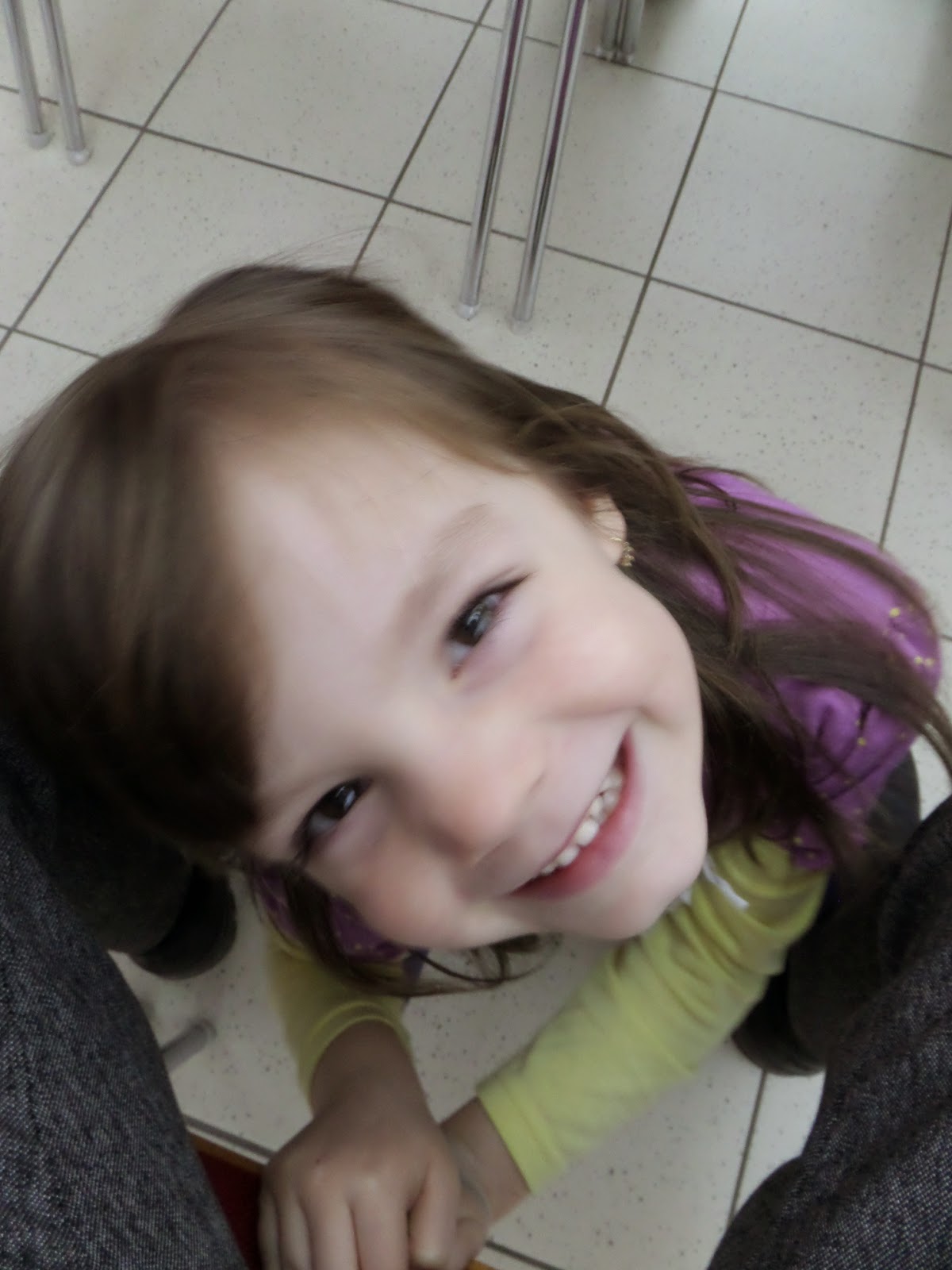 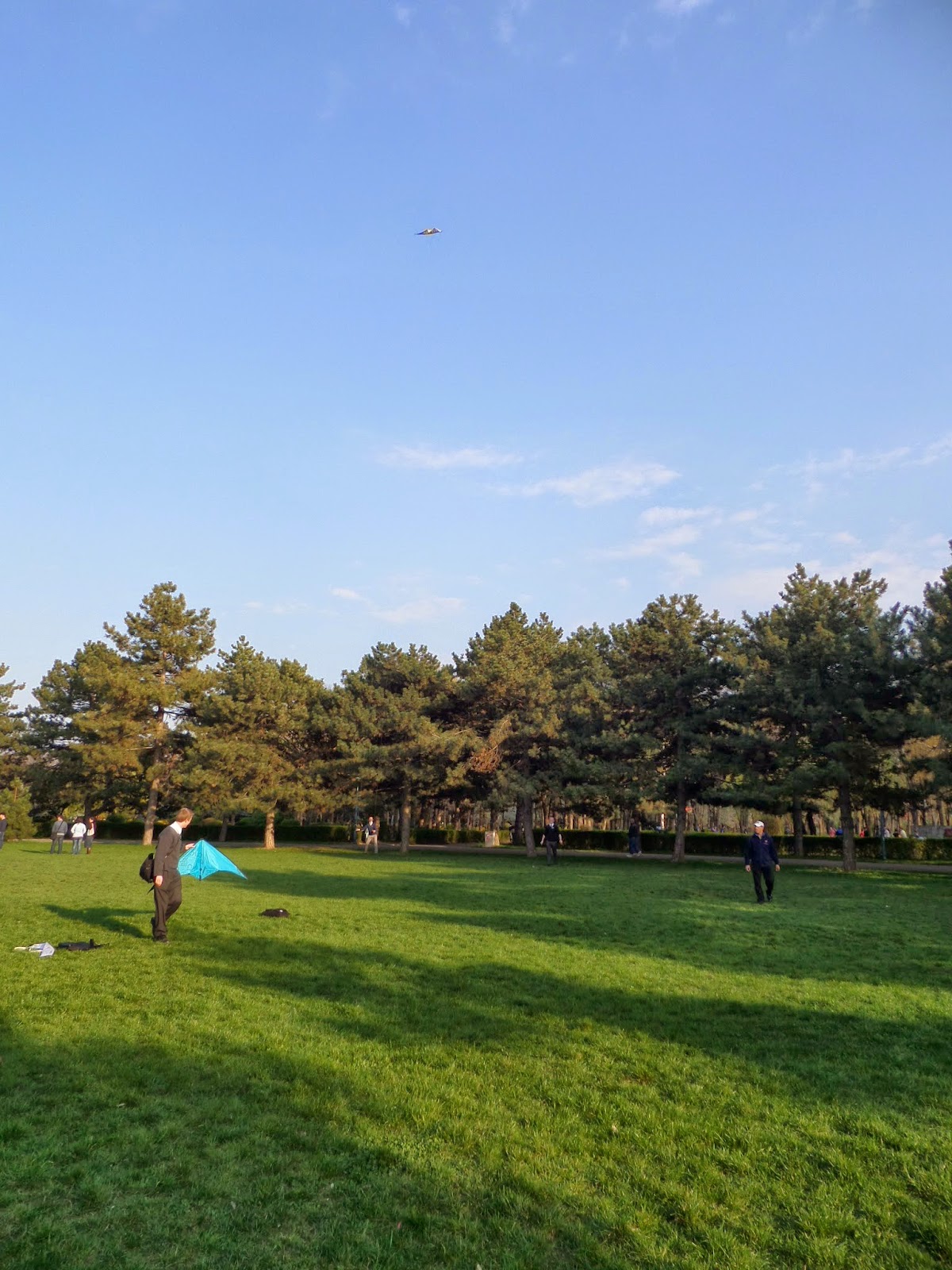 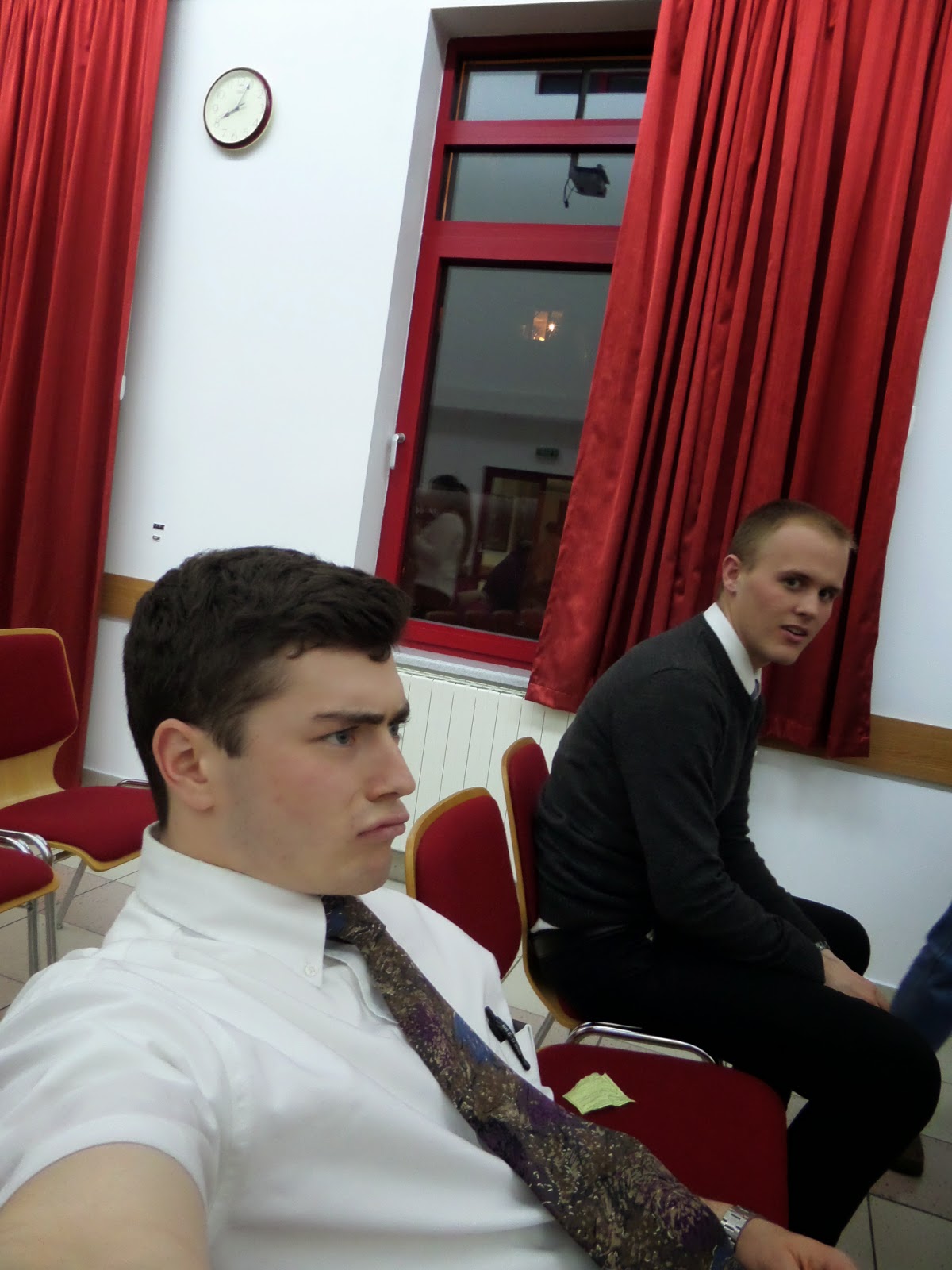 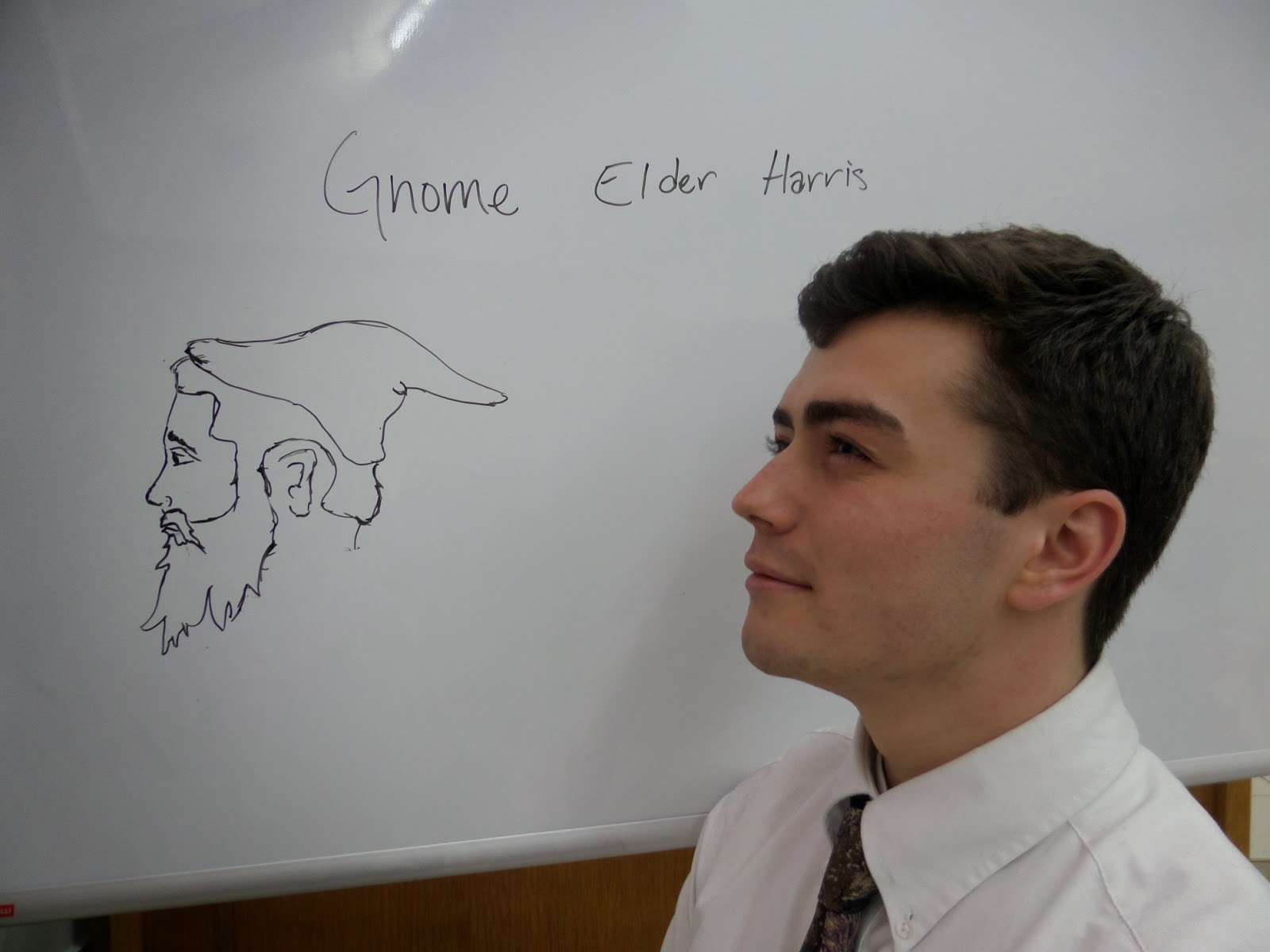 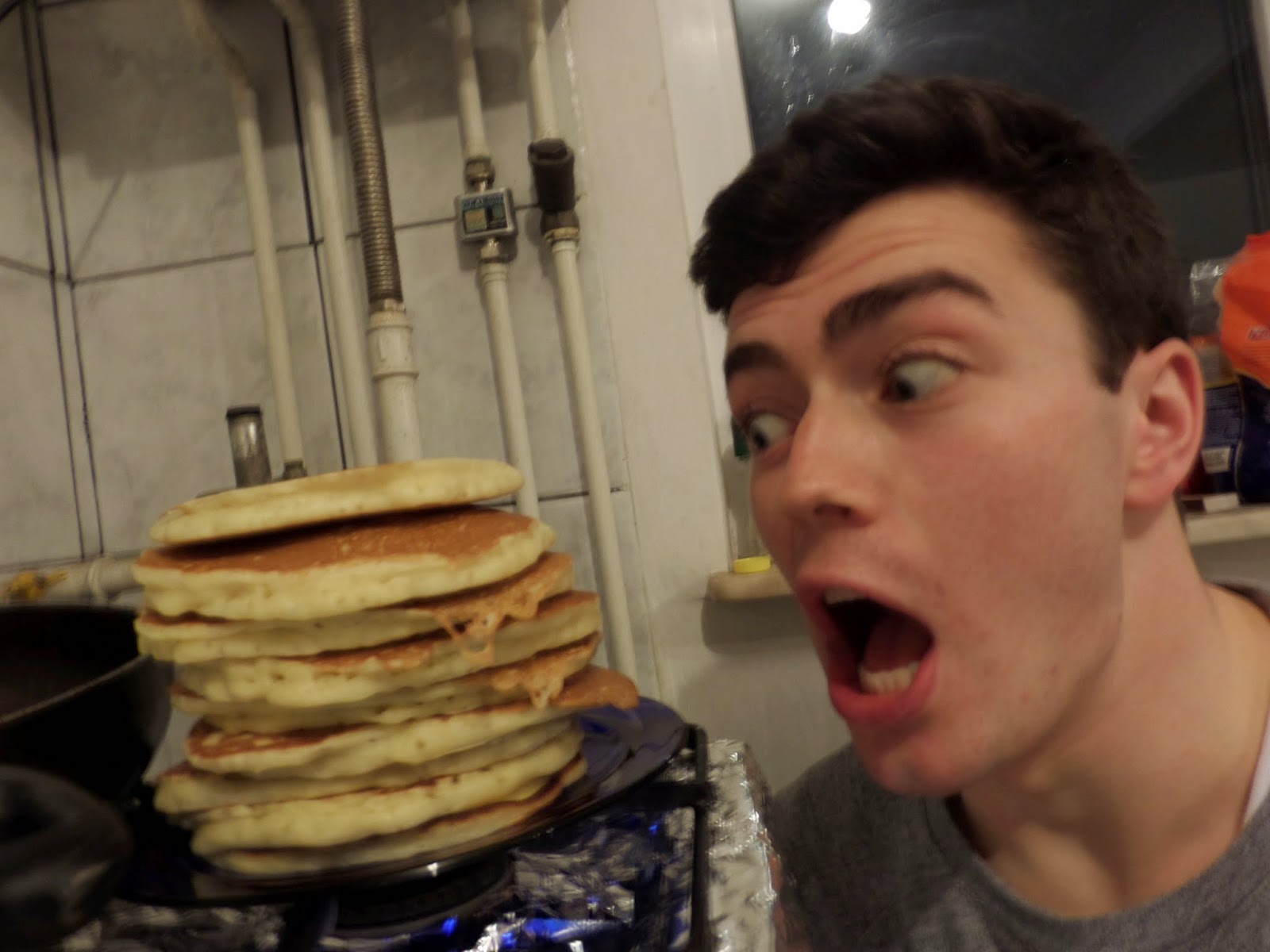 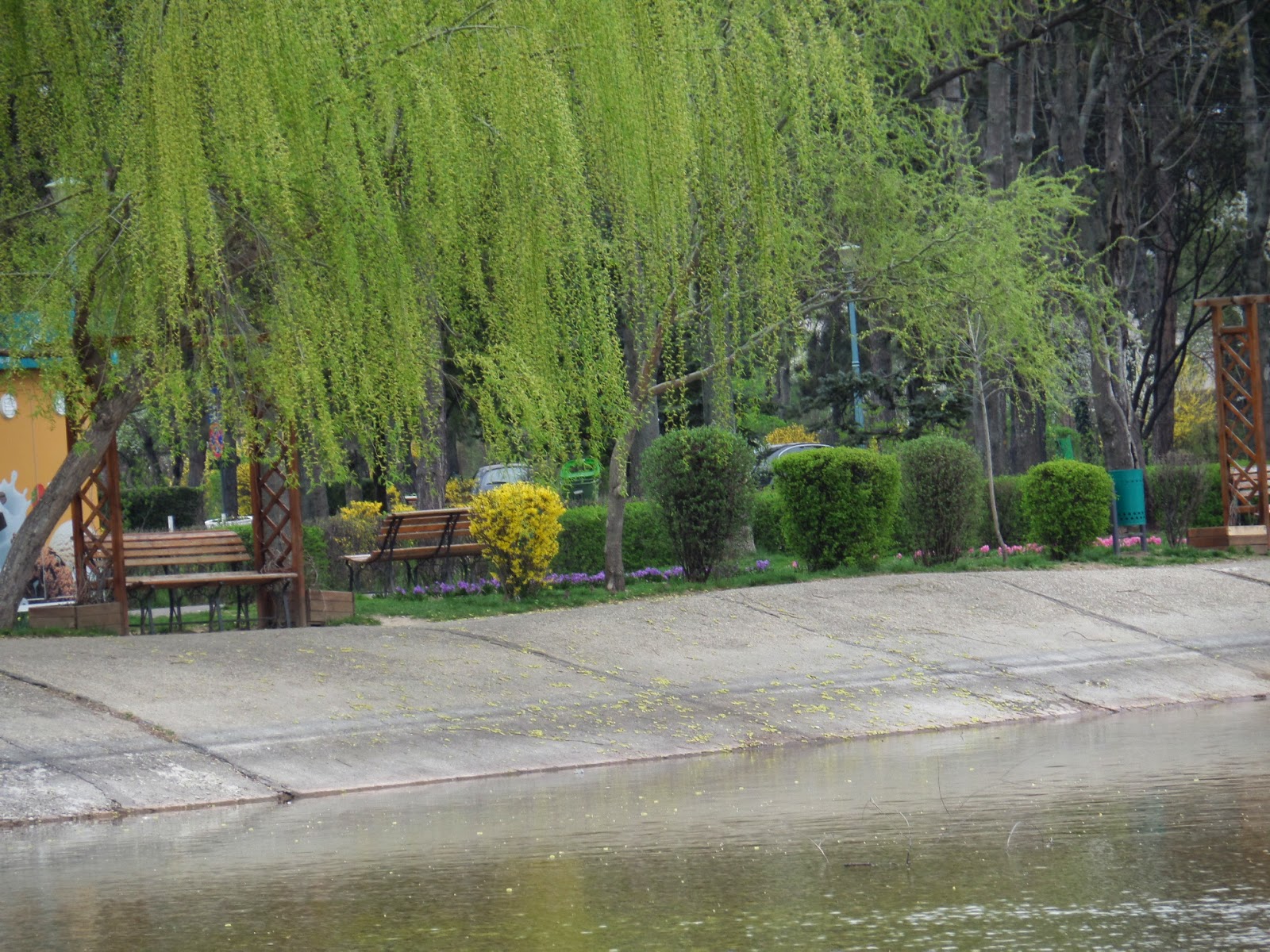 Posted by hollyharris at 9:25 AM